Skip to content
Posted on August 24, 2017September 1, 2017 by 1stepinfrontoftheother

I was a two year old ice skater.

I was a four year old Bicycle rider.

I was a nationally ranked Snowboarder.

I was a Motocross Racer.

I was an Actor.

I was a wannna be voice impressionists.

My name is Logan Tyler Nelson, and I’m addicted to trying to have EVERYTHING.

BUT do I want to have everything? Did I really want to be world class at all those activities?

Do YOU REALLY WANT to be world class at everything you try? 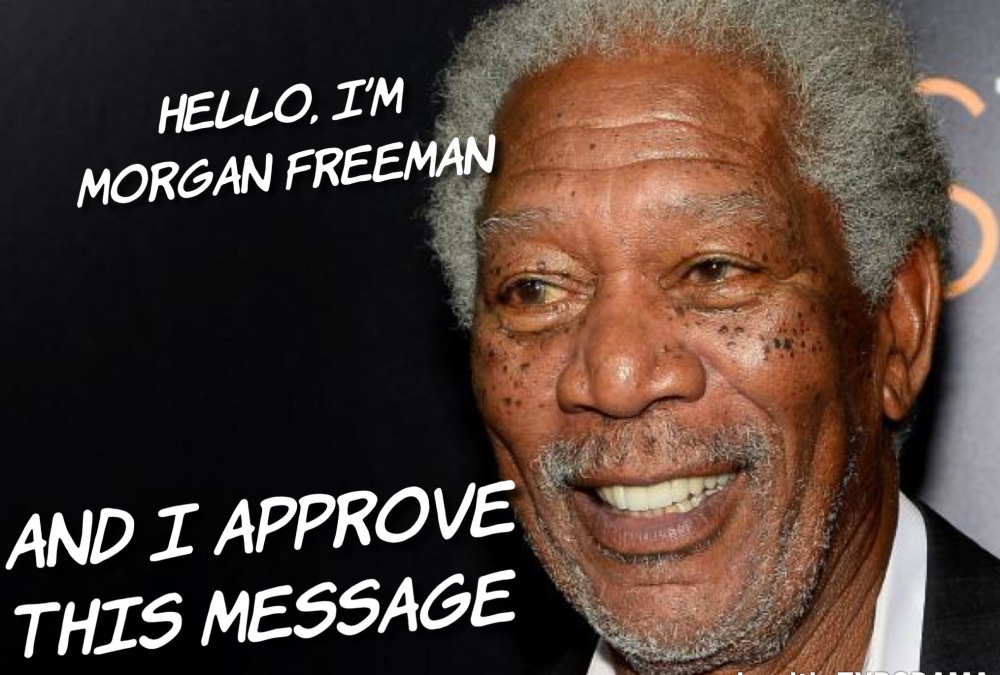 I’m about to tell you might free your mind. Just saying. I mean Morgan Freeman says “he approves this message.” So it must be cool.

Let’s get down to business, so if you’ve ever taken an economics class, one of the first things you learn is a concept called “opportunity cost,” an idea often illustrated with the quote, “There’s no such thing as a free lunch.”

Opportunity cost means that essentially everything you do, no matter what it is, costs something, even if it’s indirectly. The classic example is when someone takes you out for a free, hour-long lunch. Despite gaining the value of the lunch during that hour, you are still giving up all of the other productive activities you could have potentially been doing.

In our culture, turewe regularly celebrate people who become rich by doing exceptional things. But the nature of those “exceptional things” often requires extremely high opportunity costs. Bill Gates famously slept in his office five days a week and remained single well into his 30s. Steve Jobs was also deadbeat father to his first daughter. Wore the same black turtle neck because he was afraid of taking an extra minute a day to wear something different. Especially when that minute could have aided a better iPhone. Brad Pitt can’t leave his house without being bombarded by flashbulbs and cameras. The man has stated that he’s gone through periods of depression due to the social isolation caused by his extreme fame.

The point is that doing anything truly great requires some sort of sacrifice or trade off that may or may not be immediately obvious. You know, like missing a series of your daughter’s birthdays. Not being able to go out in public without disguising yourself. Not living a normal life because you have a constant anxiety about moving the needle forward in your company.

As much as I hate it; I’m inducing the concept of “FOMO” or “Fear of Missing Out.” We live a life that is constantly pelted with reminders of everything we are unable to become.

About 250 years ago, way before you were around, people didn’t have this problem. If you were born a blacksmith, you likely didn’t have many opportunities beyond forging metal. Moreover, you likely weren’t even aware of opportunities beyond forging and morphing metal. Therefore, devoting everything in your life to becoming an expert Blacksmith involved next to no opportunity costs and next to no FOMO. After all, there was nothing else to miss out on.

In a really peculiar and backwards way, people back in the day could “have it all.” They had it all- for the fact that there was nothing else for them to have.

Until about a decade ago the whole “life purpose” ideology didn’t even exist. Your so-called life purpose crisis is a luxury, something you’re allowed to have as a result of the amazing freedoms the modern world has presented you with.

Theres a ton of articles all over the mainstream media debating whether it’s possible to “have it all” — i.e., is it possible to be an all star in your career, have a healthy family life and have cool and fun hobbies and be financially stable and have that sexy bikini body and cook organic stir fry in your underwear while buying Audi’s and beachfront properties on your new iPhone 7, all at the same time?

And we’re made aware of this in a terribly connected way each day. (Us magazine, outlandish fitness model Instagram’s, and media). Every person who decides to sacrifice their dating life to advance their career is now bombarded constantly by the rambunctious sex lives of their friends and strangers. Every person who sacrifices their career opportunities to dedicate more time and energy to their love life is now flooded with the material successes of the most exceptional people around them at all times. Every person who decides to take a thankless but necessary role in society is now constantly bombarded with stories of the famous and beautiful.

So what the hell do we do? How do we respond to this new, overly-connected culture? How do we manage our FOMO? 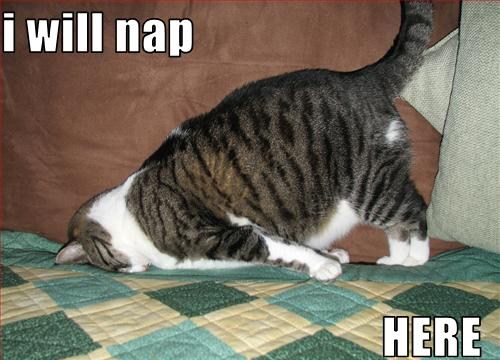 The answer I continue to find in most bookstores and at most seminars is some variation of “do more with less,” “practice time management,” or what most self help people say “meditate” or wake up at “5am” or Arnold Schwarzeneggers advice “sleep faster.”

What if the solution is simply accepting our bounded possibilities, our unfortunate habits as humans to live only one place in space at a time. What if we recognize our life’s inevitable potentials and then prioritize what we care about based on those limitations?

What if it’s as simple as stating, “This is what I choose to value more than everything else,” and then living with it?

Take a made up guy named Tyler for example. Tyler has a job he hates and has become disconnected from the friends and activities he once cared about. He says he is depressed. He says he feels like he has lost himself. He says he doesn’t know how to impact the world anymore.

But, despite this, he also states that he has become accustomed to this lifestyle and what the job affords him. He also says that this job is making him move up towards “Making it” in neurological advancement. He and his team are working on helping people quite their addiction to cigarettes via Brain Hacking while they sleep. Quitting his job is out of the question. He then questions himself “what should I do?”

What do you think he should do? Should he quit the job and be with his friends more or stay on track, grind and stay on track.

I’m not God and I’m definitely not Morgan Freeman. But I bet you the answer lies somewhere in this “doing less” idea of thinking.

Steve Jobs chose a different path. He chose the path of attmpting to rehabilitate his relationships. At least trying. If you know the story- this is how it went down.
So Steve Jobs net worth is at 10.2 billion dollars and his estate is roughly worth 19 billion dollars. That’s a shit ton of zeros.

Apparently Steve Jobs made a decision that went beyond wearing a black turtle neck. About 12 months before he died, Jobs admitted to his biographer that he hadn’t spoken to Lisa that year after a argument they had.

The falling out included him yelling at her to brush her teeth. She refused. He pulled the classic “I’m your father and you will do what I say” routine, to which she said, “Hold, please.” Lisa retreated to her bedroom and proceeded to write down 22 important moments of her life that her father had missed because of work — birthday parties, school performances, writing accomplishments, and so on. Presumably, this crayon-scrawled list gave Steve a bad case of what the internet has dubbed “the feelz” and that’s how the story wraps.

Even Steve Jobs couldn’t have it all. He couldn’t have the billion dollar success and a successful relationship with his daughter during his lifetime. She has gone on record and said that her and her brother are thankful for the memories that they have with him. Steve, wherever you are man. R.I.P. But I will say I wish you included this idea of “you can’t have it all” idea of thinking in your famous Stanford Commencement Speech. If you have seen it. Here it is (Speech.) it’s great. It may change your day. Your life. I don’t believe everything he says is true but it definitely has a lot of gems.

Nonetheless, the feelz you receive when you acknowledge that “shit, I can’t have it all, and that’s okay.” It’s actually quite liberating. Balance is elusive.

Comment below and let me know what you’re realizing is making your life harder because you’re trying to have it all.

Who is this guy? Logan is currently a Northern Illinois University student with in emphasis in Acting. He is dedicated to storytelling. Why Storytelling? Storytelling has been used for centuries upon centuries to teach us human beings; Who we are? What are we here for? How did we get here? Where did we come from? And most importantly Why are we here? He’d love to market himself on this (About Me) page and say, “you can catch Logan acting opposite Bryan Cranston in Breaking Bad, Or maybe kissing Shailene Woodley in the Spectacular Now, Or maybe taking his shirt off with Zak Efron in the recent comedy Neighbors. How about maybe seeing him on stage singing with Neil Patrick Harris in Hedwig and The Angry Inch. OR…. Co-Writing with David S. Goyer for the Next Batman/ Superman film.” Unfortunately, if you check out his Cred’s you will see none of that. Although none of these are credits are associated with his name, he is actively working his way to one day being involved with work that holds just as high regard. He is currently learning, one day at a time: The craft of Acting, Writing, Filmmaking, and Singing to bring all these dreams to fruition. Logan’s website is to provide its viewers with Short Stories, Videos that inspire him, Quotes, helping others learn more about storytelling and ultimately, sharing insights to making dreams become a living, breathing reality. Logan believes even if you have dreams of being the next Meryl Streep, Daniel- Day Lewis, Jim Carrey, or Neil Patrick Harris, the thing you’re working on now, is the single most important thing to focus on. So if you’re not super star status and you’re not suiting up to play the next Spiderman, but your just rehearsing in your bathroom in front of the mirror, or getting together with friends to produce a play, that’s just as COOL! No work is uncompensated. All efforts lead to Happiness and success as a creative person. So he’d like to personally thank you for visiting his Website and wishes you the best on your endeavors. Likes: Eating and spitting. It's like you get to eat whatever you want but you don't gain an ounce. And not being dead is pretty awesome. Dislikes: Assholes. Never having enough time to watch every Netflix original series. View all posts by 1stepinfrontoftheother